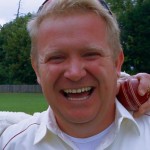 Our glorious leader and general good egg. The ubiquitous Brummie is a true all rounder, equally able with bat, ball and wicket keeping glove. He’s also a master fielder close in, though don’t ask him to throw it in from the boundary, because it won’t make it! Specialisms: Flipcharts and villany (sic). 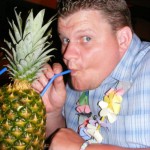 Long standing member of twenty years plus, Westy is twice the player he used to be. A hugely reliable opening batsman who constantly scores runs regardless of the state of the pitch. The ball can be sent to all parts of the ground, though 95% of the time you’ll find it somewhere between deep mid wicket and long on. Specialisms: Barbecuing and breaking machinery. 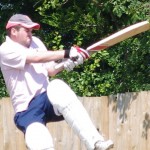 Whiskers is one of the few players at EIGCC to have had a public school education and as such can occasionally be seen to play with a straight bat. A consistent run scorer who can also operate with aplomb behind the stumps. Specialisms: Cider and beard growing. 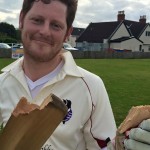 Don’t be fooled by the charming manner and debonair appearance, this man is a quiet assassin.  A quick bowler of dubious back-foot style, Sleepy is also a fine middle order batsman who regularly troubles the scorer and sometimes also scores runs. Specialisms: Changing logo colours and breaking bats. 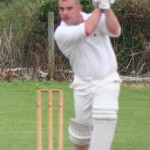 One of the long standing members of the club, Pearcey has been performing at the Rudgleigh ground since the nineteen eighties. An opening bowler (from the Rudgleigh End please) with a fiercely competitive spirit, and also a fine middle order batsman. Specialisms: Keeping the ground immaculate and replacing roofs. 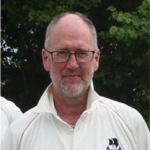 Another of EIGCC’s long standing members, Robin is a wiley wicket keeper who can also occasionally be found officiating at something called ‘League Cricket!’ When not playing or umpiring Robin acts as a stunt double for the leader of her Majesty’s opposition. Specialisms: Cycling to the game and a yoda like knowledge of the laws. 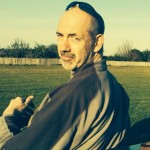 Giraffe like opening bowler who specialises in bowling uphill, occasionally taking wickets. Rich has also been known to score runs and on his day bats with gay abandon. A stalwart of the club he is also club secretary, looks after ground hires and reaches stuff that no-one else can get to. Specialisms: Triathlon and banging head. 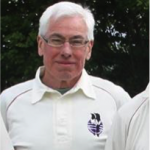 Our very own legal eagle, Chris brings a sense of calm and academic rigour to a club which is often lacking in both. A canny spin bowler who consistently finds a nagging line and length, he is the scourge of many a top batsman. Specialisms: Removing the tail end and providing logic where it is generally lacking. 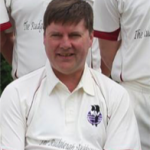 A true legend of EIGCC, Duncan has been performing at the Rudgleigh ground since before many other players were born. A stylish batsman who combines elements of the traditional english gent with a hint of caribbean calypso mayhem. Specialisms: Alternative footwear and bat decoration. 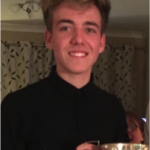 A product of the EIGCC academy Joe is a talented spin bowler and useful left handed batsman, although he occasionally needs reminding that not every ball needs hitting to the boundary. Outstanding fielder with the world’s longest throw. Specialisms: Driving Westy’s Maserati around the outfield and under age drinking. 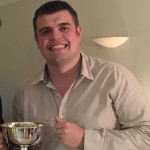 A sporting great, recent recruit Rich attended Loughborough University no less, where he excelled at rugby. No huge surprise as this proud English colossus was actually reared on a Welsh hillside and is a fluent Welsh speaker. No, he really is! Unfortunately injury curtailed a promising rugby career, but egg chasing’s loss was cricket’s gain and Rich is now a key part of the EiGCC attack with both bat and ball. Specialisms: Avoiding buses and changing Bristol’s skyline.

We use cookies on our website to give you the most relevant experience by remembering your preferences and repeat visits. By clicking “Accept All”, you consent to the use of ALL the cookies. However, you may visit "Cookie Settings" to provide a controlled consent.
Cookie SettingsAccept All
Manage consent

This website uses cookies to improve your experience while you navigate through the website. Out of these, the cookies that are categorized as necessary are stored on your browser as they are essential for the working of basic functionalities of the website. We also use third-party cookies that help us analyze and understand how you use this website. These cookies will be stored in your browser only with your consent. You also have the option to opt-out of these cookies. But opting out of some of these cookies may affect your browsing experience.
Necessary Always Enabled
Necessary cookies are absolutely essential for the website to function properly. These cookies ensure basic functionalities and security features of the website, anonymously.
Functional
Functional cookies help to perform certain functionalities like sharing the content of the website on social media platforms, collect feedbacks, and other third-party features.
Performance
Performance cookies are used to understand and analyze the key performance indexes of the website which helps in delivering a better user experience for the visitors.
Analytics
Analytical cookies are used to understand how visitors interact with the website. These cookies help provide information on metrics the number of visitors, bounce rate, traffic source, etc.
Advertisement
Advertisement cookies are used to provide visitors with relevant ads and marketing campaigns. These cookies track visitors across websites and collect information to provide customized ads.
Others
Other uncategorized cookies are those that are being analyzed and have not been classified into a category as yet.
SAVE & ACCEPT